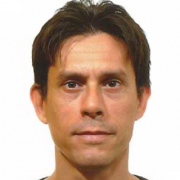 Dr. Kevin Braeckmans is a Professor at Ghent University in Belgium where he leads the Bio-Photonics Research Group. He received his PhD in Physics at Ghent. Dr. Braeckmans’ group researches advanced optical microscopy methods for pharmaceutical applications, focusing on functional nanomaterials. He also has an interest in developing optics-based methods for drug delivery and therapies.

Chimeric antigen receptor T cells, referred to as CAR-T, are being used in the fight against cancer. CAR-T is a personalized immunotherapy technology that uses the body’s own T cells. T cells are taken from the patient’s bloodstream, reprogrammed to recognize and attack a specific protein found in the patient’s cancer cells, then reintroduced into their system, where they destroy targeted tumor cells.  One of the challenges of this therapy is the cost. It is expensive, in part, because the process of introducing the needed antigens into the patient’s T cells is labor intensive, time consuming, and patient specific. In a recent paper published in Advanced Functional Materials entitled Photoporation with Biodegradable Polydopamine Nanosensitizers Enables Safe and Efficient Delivery of mRNA in Human T Cells, Dr. Braeckmans’ group reports on improvements to the process that may have a positive clinical impact.

In the paper, the group uses biodegradable polydopamine (PD) nanoparticles instead of gold or another metal as photothermal sensitizers to transiently permeabilize cells. The process involves synthesizing the PD nanoparticles, adding the mRNA needed for the antigen introduction and applying a specific nanosecond laser pulse to activate the PD nanoparticles and make the cells permeable. This process is called photoporation. They demonstrated a 2.5X improvement in living transfected human T-cells with this method compared to state-of-the-art electroporation. They also showed less variability between batches than the currently used electroporation process as well as undelayed cell proliferation.

By using a biodegradable nanoparticle, increasing the yield and preserving cell fitness, Dr. Braeckmans and colleagues’ improvements may save time and therefore reduce the high cost of the CAR-T manufacturing process as well as the waiting time for patients. This may make CAR-T treatment more accessible in the future.

What excites you most about the research you do?

Somehow I have always been fascinated by light and its potential applications. As a physicist I was initially attracted by applications in astronomy but later became involved in pharmaceutical and biomedical research. It is a field of research that is obviously strongly grounded in chemistry, materials sciences and biology. Being able to look at this from a (bio)physics point of view opens up new opportunities. Being able to be creative with light for improving health is what excites me the most.

How does the flexibility of your OPOTEK tunable laser system help your team?

When we started this particular line of research on photoporation about 10 years ago, we wanted to have a nanosecond pulsed laser system that not only provides high-energy laser pulses, but also offers the possibility to tune the wavelength to match our nanoparticle’s absorption spectrum. The Opotek tunable laser system was a perfect fit with those requirements and has contributed to >20 research papers on this topic.

Where do you see CAR-T therapy in 10 years?

At present there are only 4 approved CAR-T therapies all for the treatment of blood malignancies. The next great challenge is the improvement of CAR-T for the treatment of solid tumors as well. This will require flexible intracellular delivery technologies which are needed to genetically modify CAR-T cells to improve their activity against solid tumors. Also, other immune cells are expected to emerge which will work complementary to T-cells, such as macrophages and natural killer cells. Those cells need to be genetically modified to target cancer cells, again requiring efficient and flexible intracellular delivery technologies. We hope that our work on photoporation can contribute to these exciting new cell-based therapies. 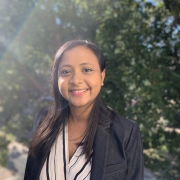 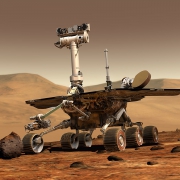 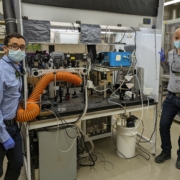 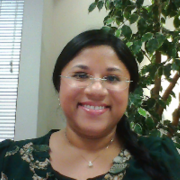